Showing posts from February, 2018
Show all

SIGNS OF EYE AND VISION PROBLEMS IN INFANTS

Infant Eyesight Despite nine months of growth in utero, babies are not born with fully developed eyes and vision - just like they can't walk or talk yet. Over the first few months of life, their visual systems continue to progress, stimulated by their surroundings. Babies will develop the ability to track objects, focus their eyes, and move them like a team. Their visual acuity will improve and they will gradually be able to see more colors. They will also form the neural connections that will allow them to process what they see, to understand and interact with the world around them.Healthy eyes and good vision are necessary for proper and timely progress; ocular or visual problems can lead to developmental delays. So how do you know if your infant is developing normally? What can you do to ensure your baby's eye health and vision are on track? While infant eye problems are not common, here are some steps you can take to ensure your child's eyes are healthy.
Post a Comment
Location: 718 N Diamond Bar Blvd, Diamond Bar, CA 91765, USA
Read more 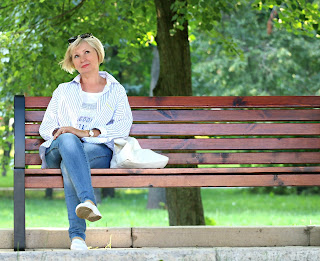 It’s that time of the year again. Each February, the optometric community bands together to create awareness about  age-related macular degeneration (AMD) . AMD is a leading cause of vision loss for people 50 years and older; early detection plays a key role in the outcome of the disease. That’s why bringing awareness to the disease and its risk factors is so important. Macular degeneration  is a disease that damages the macula, which is a small area in the center of the retina responsible for sharp, clear central vision. The disease comes in two forms, wet AMD and dry AMD. The most common form, dry AMD, which affects around 80% of AMD patients, is when the macula gradually thins, and small clusters of protein called drusen begin to grow. Drusen result from cells in the macula that cannot rid themselves of metabolic waste called lipofuscin. The lipofuscin accumulates as drusen which causes a gradual vision decline. Dry AMD can turn into wet AMD when abnormal new blood vess
Post a Comment
Location: 718 N Diamond Bar Blvd, Diamond Bar, CA 91765, USA
Read more 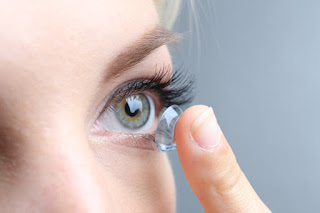 If you've made it this far, CONGRATULATIONS!!!! You are one of the few to have found your solution to the absurd contact lens prices out there. For years you have heard about how great a deal it is to buy a year supply and get a rebate. At first it was a mail in rebate and you were lucky to see the $30 check come in the mail within 3 months. I remember getting a rebate check 6 months later and had completely forgotten that I even sent it in! How many of us, year after year, have every intention of submitting that rebate, but year after year, completely forgot to do it. Ever started the process, get busy with a call, or that toddler won't let you have 5 minutes to fill out the forms and send it in? Dr. Bladh understands completely how you feel! For this reason we have started our own monthly subscription service in order to take the pain out of contact lenses for good! Contact lenses are God's gift to the optical world and we want to share that gift with everyone! I
Post a Comment
Location: 718 N Diamond Bar Blvd, Diamond Bar, CA 91765, USA
Read more
More posts